Enrollment projections are driving the need to accommodate 200 students per grade level. Through a space utilization study, Jefferson Intermediate School has been identified as a pinch-point in the district and has the most direct need for additional classrooms and a larger cafeteria to accommodate growth. This same study shows that the music, art, and family consumer science rooms at the Middle School are also substantially under-sized for their current and future enrollments.

Building expansion studies led to a proposed solution to construct one large addition that connects the two facilities. This solution is efficient for construction and costs, and it provides a literal bridge for access to shared resources without having to walk outside. One central music department of band, orchestra, and choir is proposed for both facilities to share. This solution frees up space at Jefferson for cafeteria expansion into spaces originally occupied by band and orchestra. The two buildings are proposed to still function as separate schools but will be physically linked providing flexibility for future needs of grades 4-8.

Middle School and Jefferson parking will also be improved/expanded with this renovation project. 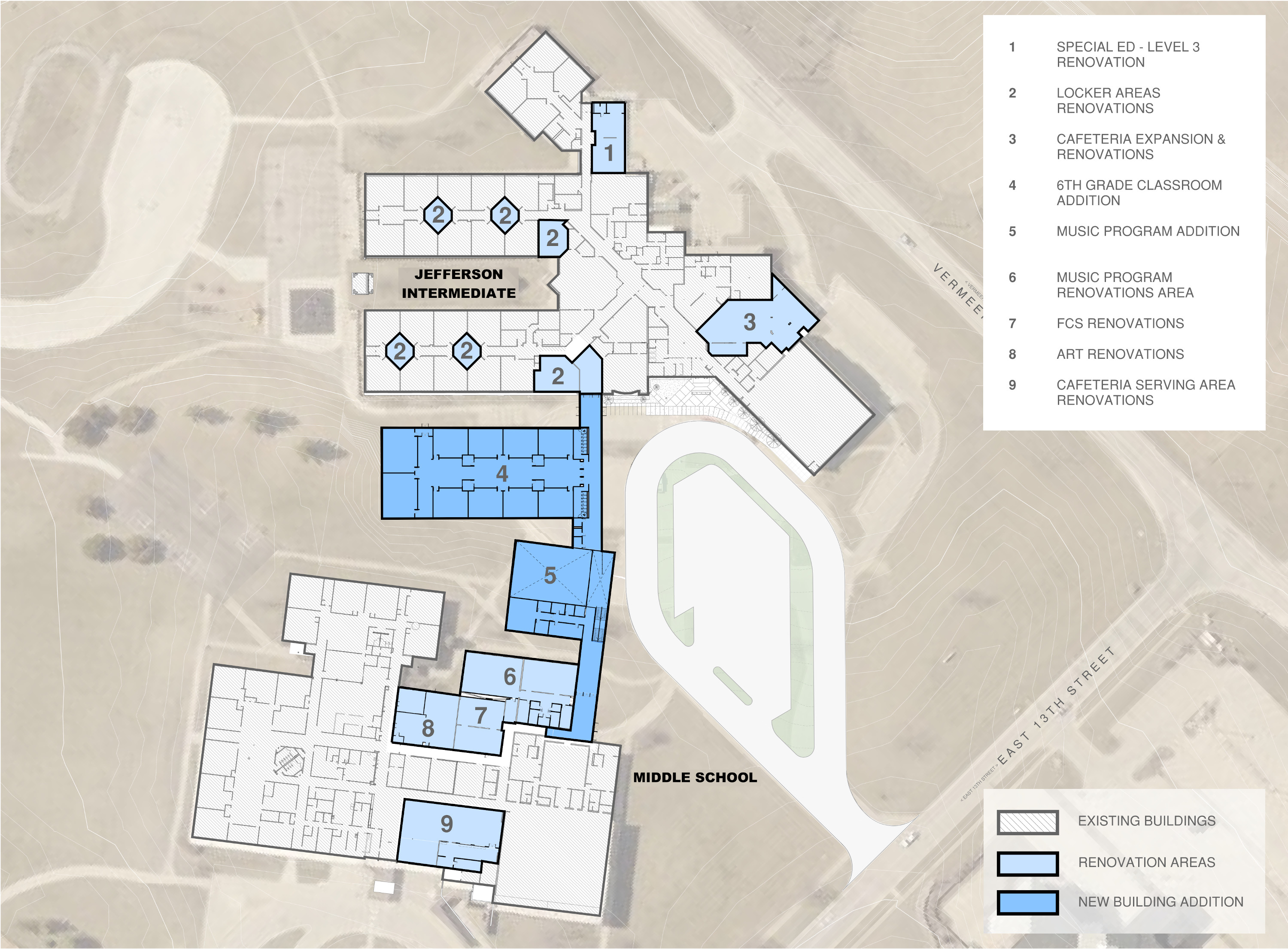